There are a few things that every homeowner should always know, no matter what. One of them being, where the shutoff valve is for the water.

I can’t tell you how many times in my career, I’ve gone out to an emergency call in the small hours of the morning, and there’s water, absolutely, blasting out of the ceiling simply, because the customer didn’t know where to shut the water off.

Water, generally speaking, comes into the building in one place, and that’s in your foundation. So, if you’ve got a typical house, like a cape or a ranch or something like that, you’re going to go down to the front of your basement stairs, and you might have to turn right or turn left. It might be right in front of you.

You’re going to see that copper pipe coming straight in. There’s going to be a valve of some sort, and it’s going to run through the water meter. Okay?

You have to know where that is, and you have to know whether the valve is working or not. A lot of the older buildings in New York City, the valve, I wouldn’t touch it if my life depended on it, because it would just snap right off in my hand.

In which case, I’d tell them that we’re going to have to schedule an appointment with the department of Environmental Protection. Shut the water on the street. Replace the valve, and upgrade the services we called.

In the suburbs, in newer homes, you’re going to have a newer valve. That’s going to be usually a ball valve which is that yellow lever handle type valve that you most likely have seen. That just kind of swings off and it’s shut. OK. So, if you have an explosion, a pipe burst, or something like that, with the water lines, you’re going to want to be able to run down to shut that valve off.

That means not storing the kids camping equipment in front of it, tents, wooden pallets, and firewood, I’ve seen it all.

I mean, we’ve got water pouring out of a ceiling on the third floor, and we have to move out the summer equipment to get up the valve. Keep your valve accessible. It’s very important! You might not think it is, but I promise, you will if something happens in the home.

Know Where Your Water Shut Off Valve Is 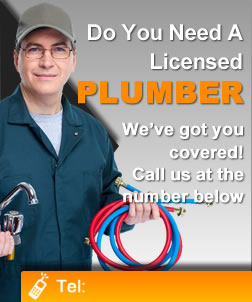